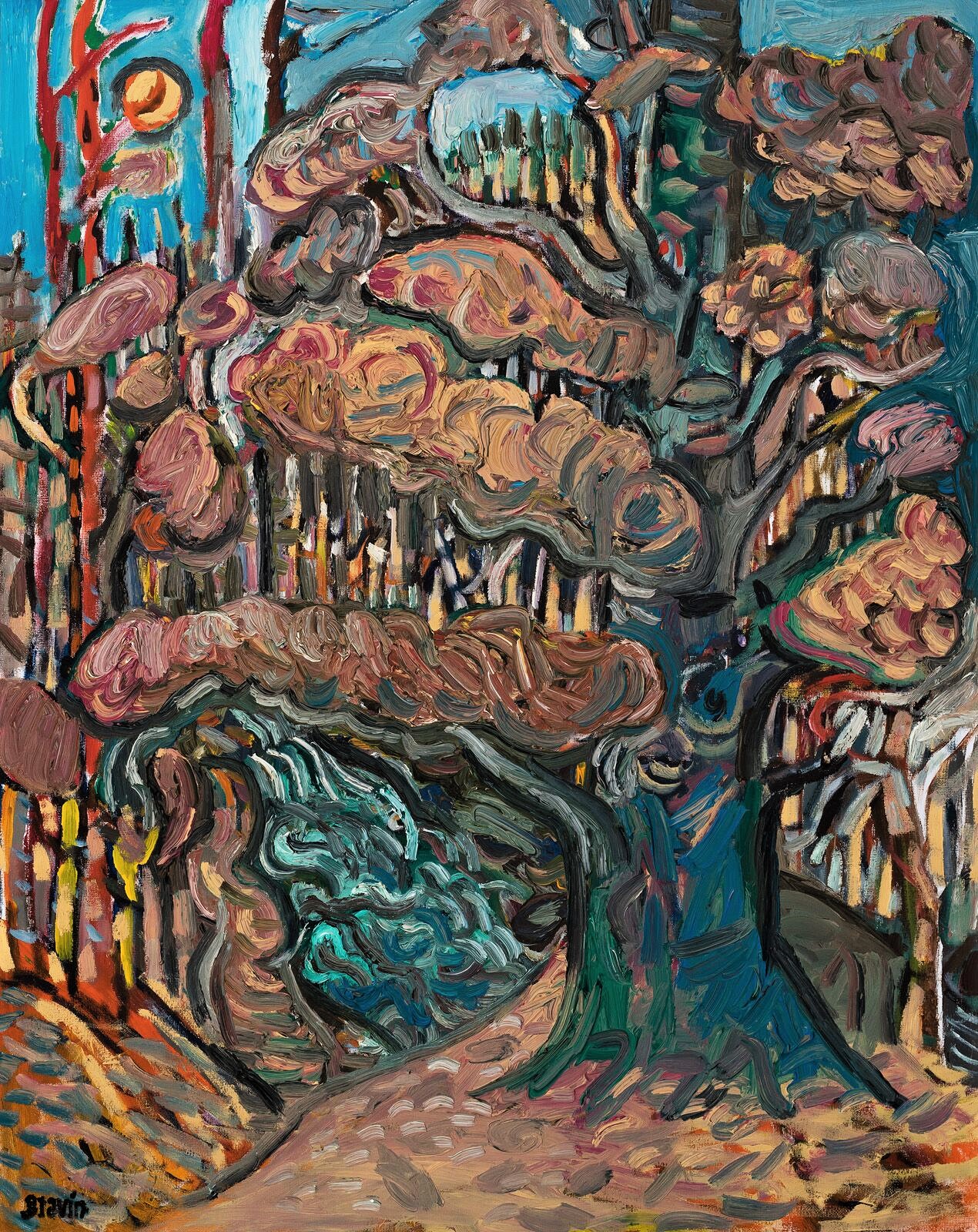 On an autumn afternoon with the sun disappearing behind the high hill of forest a monumental beech tree stands in its brown leafed phase on a bed of fallen leaves. The River Salz cascades green in the left foreground to balance the bowl of the beech. The forested hill is a pattern of perpendiculars rendered with brush strokes whose action is liberal and expressive.